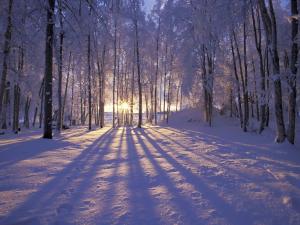 It’s been a good summer, with plenty of sun and BBQs, but with 3 months of parents-in-law, holidays and then parent (Mum) staying, not much time for anything else!! As you can see from the fact that this blog has not been updated since June! I haven’t even downloaded the Cartographer’s Annual issues since then!!

One 4E session with the kids over the holidays on a rainy day in Wales was the only gaming that got a look in! In the meantime, DnD Next, or 5E, or just Dungeons and Dragons as it seems to be called, has launched, and I’ve pretty much missed it all! Pretty ambivalent to that at the moment, but I’m sure I’ll take a look in time …

So in a strange way I’m welcoming the fading days and colder nights, because role-playing seems to be a winter sport for me 🙂 Weekends tend to be a bit quieter, so there are more opportunities for a gaming session, and I don’t feel guilty spending evenings in front of the computer writing or mapping!

There is plenty going on in my spheres of gaming interest: 13th Age seems to be going really well with the release of the 13 True Ways expansion, the Book of Loot and a great starting adventure (Shadows of Eldolan). I’ve just supported the 13th Age in Glorantha Kickstarter – not because I’m interested in that setting particularly, but because I’m very interested to see how the designers bring the classic elements of the game to another world!

In the land of the Kobolds (i.e the Midgard Campaign Setting), a Kickstarter expanding the setting to the vast southern lands is underway. Obviously I’m in for that; the stretch goals are being unlocked so fast that you have to keep checking your pledge to see that you haven’t missed out on something new!

Obviously I’m way behind (probably terminally so … ) in my Cartographers Annual Challenge, but just looking at the issues I’ve been missing gets my mapping juices going, so  we’ll see!

However, my main focus is to get back to my own campaigns! 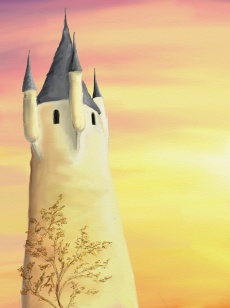 The Amber Tower (by Alana)

In the kids’ 4E ‘Amber Tower’ campaign the party is 5th level and in the depths of Thunderspire Labyrinth. I’ve talked a bit about whether they want to convert the campaign to 13th Age, or even 5E, but they’re pretty adamant they want to stick with what they know!

So I guess I’ll still be DMing 4E for some time to come, which I certainly don’t mind, given the amount of material I have and the ease of preparation. The one thing I ask:  Wizards please do not decommission the online tools!!

I’m also still prepping (slowly) for my 13th Age Havenscoast campaign, ‘the “Eyes” of the Watch’ . The Shadows of Eldolan adventure mentioned above is likely to become my initial adventure in this campaign – but more work is still required on the Icons and other 13th Age requirements of the setting.

Winter is definitely coming, but hopefully so is the Gaming …

This entry was posted in 13th Age, Kickstarter, Midgard Campaign Setting, Miscellaneous, Roleplaying with Kids, The 'Eyes' of the Watch, The Amber Tower Campaign. Bookmark the permalink.

2 Responses to Winter is coming …