According to Jon Peterson, author of Playing at the World, a history of wargaming and role-playing games, January the 26th 2014 is the date to celebrate the 40th anniversary of the birth of the world’s oldest and most popular role-playing game!!

The author is quite clear that this date has no completely concrete evidence, but is a valid choice due to the chronology of other evidence before and after!

In any case, what better way to celebrate the birthday of a game than by playing a session with the kids, hopefully the start of another generation of gamers that means D&D (and it’s many variants) will still be going strong on it’s 80th birthday! Over the years, how many kitchen tables have looked like this for a few hours in the weekend: 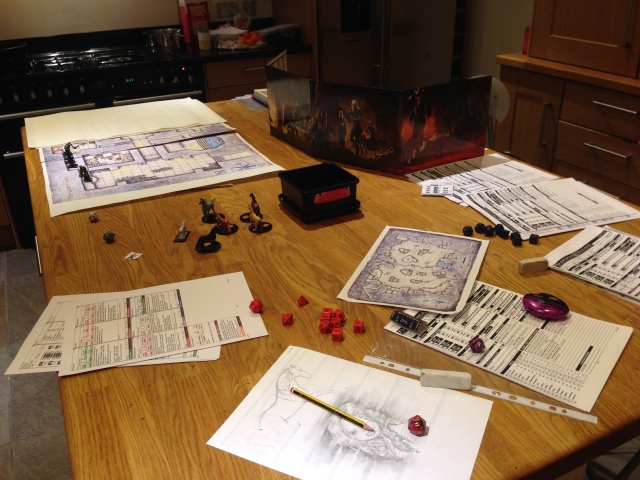