So many maps, so little time!

Posted on February 5, 2012 by Tolrendordm 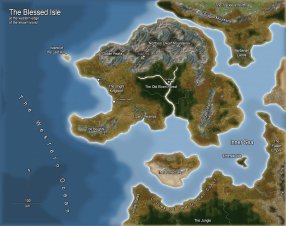 I can’t keep up! The Cartographer’s Annual has released the February issue, and it’s another amazing overland style ‘Overland Satellite’, as shown in the example map (from the Profantasy website).

Now I want to re-do my world map in this style – arrghh!!

Well, I might at some point, but as you’ve probably noticed, I’m currently on a Jonathan Roberts vibe. Last month’s Map of the Month column showed some efforts using his ‘Dungeon’ style for Campaign Cartographer 3, this month I’ll hopefully be presenting an overland map of the Havenscoast region using his Overland style … and … the March issue of the Annual is a CC3 style for City Maps based on his work. So you can probably guess where I’m going for my March column 🙂

This entry was posted in Cartography, RPG Technology, The Havenscoast Project. Bookmark the permalink.

1 Response to So many maps, so little time!